We need to gear up for the burgeoning care needs of an aging population; working Americans will bear the brunt of the costs and obligations. 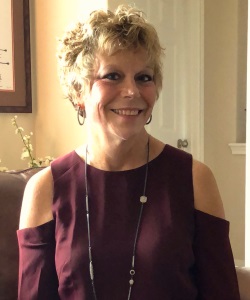 The concerning statistics are from “Aging in the United States,” a study published by the Population Reference Bureau (PRB).

The proliferation of older Americans places a big burden right now on all breadwinners in their prime productive years (20 through 65), Hendrix asserts. According to the PRB, by 2030 there will be only 2.8 working-age adults for every person 65 and older, down from 5.0 in 2000.

Because of this, today’s working-age citizens, now building our economy and their own economic futures, will be hit by a double-whammy, according to Hendrix.

The first part of the double-whammy has to do with one’s aging parents. According to the U.S. Department of Health and Human services, almost three in four aging Americans will need some form of long-term care after 65. “For a working couple with two sets of parents, the odds of financial impact are very high,” says Hendrix, “if any of the parents lacks the resources for their own care.”

The second part of the double-whammy is that the younger couple may need long-term care services themselves at some point. “After dealing with mom and dad, they’ll need to be ready to care for one another; or to pay professionals to do it.”

Long-term care services can be expensive, costing from tens of thousands to $100,000, $200,000 or even more per year, depending on location, type of services, and type of claim. Multiply that by the number of family members needing care, and the cost can become prohibitive.

But the financial impact extends beyond care costs. It often involves income loss from interrupted employment as well.  According to a study by the MetLife Mature Market Institute, America’s 10 million employed caregivers face $3 trillion in lifetime losses for missed pay, pensions, and social security. That amounts to $304,000 per worker (typically the female half of a young couple).

“Long-term care has always been expensive and a key cause of impoverishment in one’s later years,” says Hendrix. “As America ages, the cost challenge promises to increase.”

What can be done about it?

“Forward-looking public policy would help,” says Hendrix. “But there’s plenty people can do on their own.”

“The key is to develop a long-term care plan,” Hendrix continues. “It’s especially important for today’s younger, productive couples. It’s the only way to control costs and head off avoidable threats to one’s income, assets, lifestyle, and future.”

Long-term care planning can be done independently but Hendrix recommends consulting a licensed professional. “The process is emotional and the options and pitfalls are vast. You need a calm, collected professional to hold your hand.”

ACSIA Partners LLC has hundreds of state-certified long-term care professionals in all parts of the country. “We’re glad to talk with consumers and business executives about any and all care-related concerns and actions, financial and otherwise,” says Hendrix. “We develop plans for employer groups as well as individual plans for families.”